One of the things I’ve seen lately is that some medium to large companies that have their indie game departments, companies like Nacom, Soedesco, and even EA, have departments with such games, on a smaller budget and smaller scope, which leaves room for creative minds to think outside the box that is not suitable for blockbusters AAA blockbusters. The games Fe and Unravel came from this niche via the label EA Originals.

THQ Nordic also has a label for independent games, Handy Games, which released several games before the takeover (by THQ Nordic) in 2018. In any case, the cooperative 3D platform game Pile Up !, developed by the French studio Seed by Seed, came out on PC in March of this year. And in August, the game finally hit consoles.

Is it worth your time

Help others in this colorful cardboard world

You’re an unnamed box (which I’ll call Bob) that has arrived in a desperate place.

To get the excitement going, Bob (and his friends if he wants to play cooperative) must help locals with their various troubles, be it the frog’s lost children, a director’s assistants surrounded by flames, or a Brat who has her birthday party but has no guests or anything else.

I’m sure I forgot one of the goals, but whatever. You have to cross this world and help people because Eek the Cat already said (in the voice of Guilherme Briggs): “Helping doesn’t hurt”, but considering that Eek always screwed up in the drawing, that statement is a little questionable.

Of course, the story isn’t going to win any awards for originality or creativity, but it’s clearly just an excuse for us to play, which is fine for me in this case. 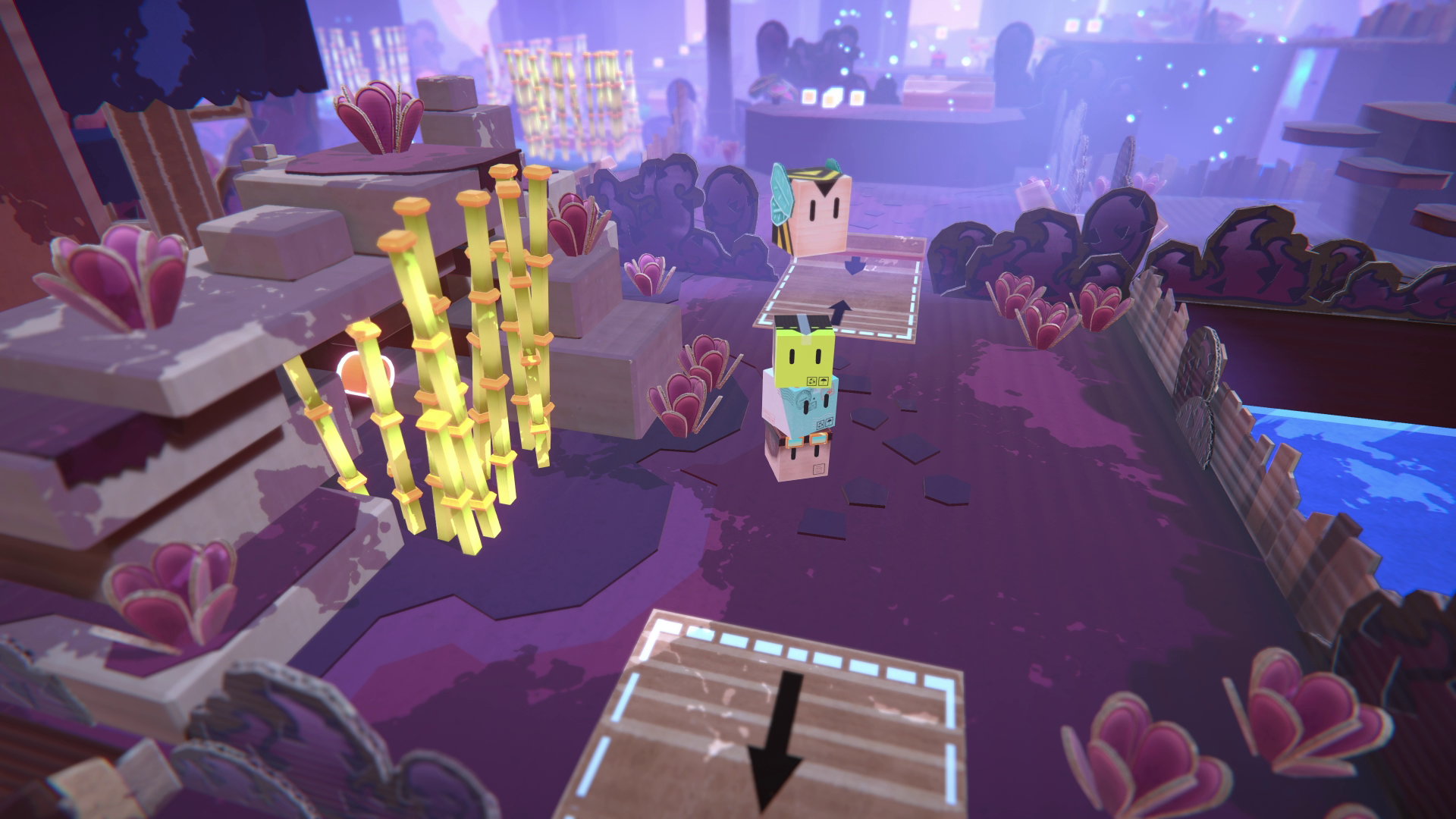 A little disclaimer: I didn’t like a certain part and element of the game because it requires multiplayer, and as a fat man with no friends in the middle of a pandemic, I can’t play multiplayer.

Stack up! is a game that can be played as a team, whether with 1, 2, or 3 friends (who has 3 close friends in 2021?), but you can enjoy most of the game on your own. It’s a 3D platformer with puzzle and collectathon elements, but it’s not as strong as games like Banjo Kazooie, Yooka-Laylee, and Doonkey Koong Country 3 (yes, I misspelled Donkey Kong Country on purpose). are only for two things (apart from this 100% thing), one of which is to buy the extra skins from your box and the other to free up the extra path of the stages, which is a little more difficult, but that makes it possible around the other collectibles of the phase and get 100% of them.

The gameplay is linear, although the game’s central HUB suggests otherwise. After completing the tutorial (which will teach you some of the basics of the game) you will be given a key to advance to the first level. You can explore the hub, pick up the collectibles available there, but you can only go to the first stage. Whether that speaks for it or against it is questionable, but I can’t help but see that it could have been nonlinear.

The gameplay itself is simple, with one button you give a kind of line, with another you can throw boxes, which is the main gimmick of the game. As the title of the game says, you will have to stack boxes in the levels to reach certain platforms and solve puzzles.

It’s both simple and complicated. At first we only have ordinary cardboard boxes, but as the game progresses, other types of cardboard boxes will appear, depending on the requirements of the level, be it a box with frog tongues that will help you pick up distant boxes or cross huge chasms (depending on your location) or Crates that float, explode after a few seconds or splash water.

There is no need to rush (unless you are a speedrunner) as the game has no enemies and deaths (from falling into the countryside) are not penalized. One of the things that is common in games with a puzzle element is that puzzles often only have one solution. Here at Pile Up, although the puzzles (which aren’t that difficult) have an obvious solution, you can be creative if you can get elements from one point on the map to another (like a feather).

The game is not particularly long, you can finish it in a good afternoon, and the replay factor lies in the mini-games and the cooperative mode of the game, which, if you can play like that, is more than recommended. 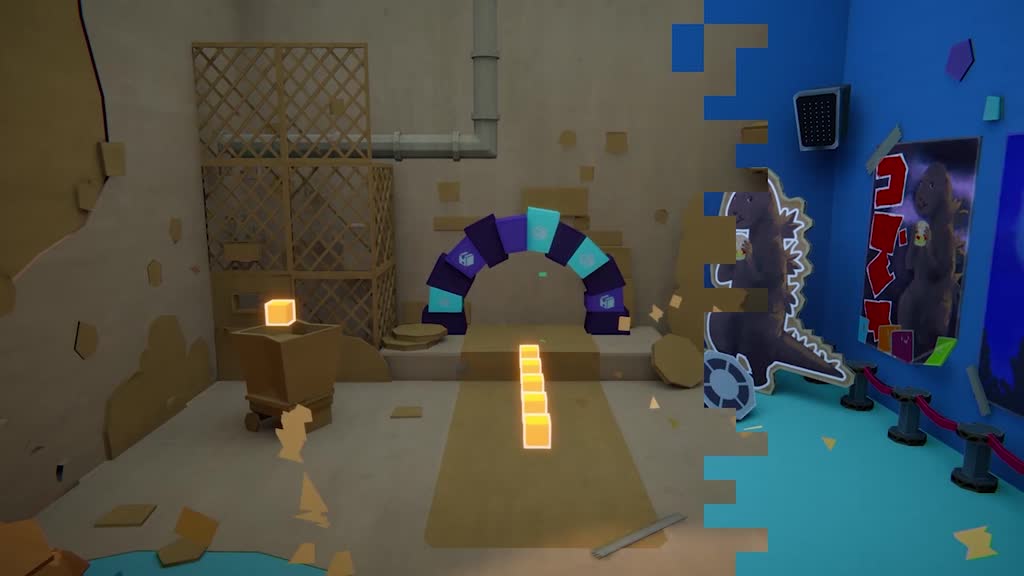 The artwork was created with great care by the Seed by Seed team as the artistic style of the game is breathtaking.

It has the same feel as games like Kirby’s Epic Yarn, Yoshi’s Wooly World, and more specifically, Yoshi’s Crafted World. The game world is made of cardboard and the creativity of the artist team in showing the banal things made of cardboard is remarkable.

The settings are beautiful and the characters remarkable and even expressive as they are made of cardboard. And of course they don’t speak, but they express themselves through speech bubbles with illustrations that tell you the goal of the levels.

The game’s soundtrack includes music with the relaxed theme of the game. They are not songs that stay in your head, but they put you in the ideal mood for a (possibly) quiet adventure with friends.

It works for what the game wants.

Solo or duo, fun for Supla too

Stack up! It’s that game you don’t expect that much at first sight, but it’s a fun game, especially if you’re looking for a quiet and uncompromising family game … If you don’t play the mini-games against, the game won’t be quiet … if you know what I mean.

Either way, the game is available for PC, Nintendo Switch, PlayStation 4, and Xbox One.

This review was made using a digital copy of PlayStation 4 kindly provided by Handy Games. 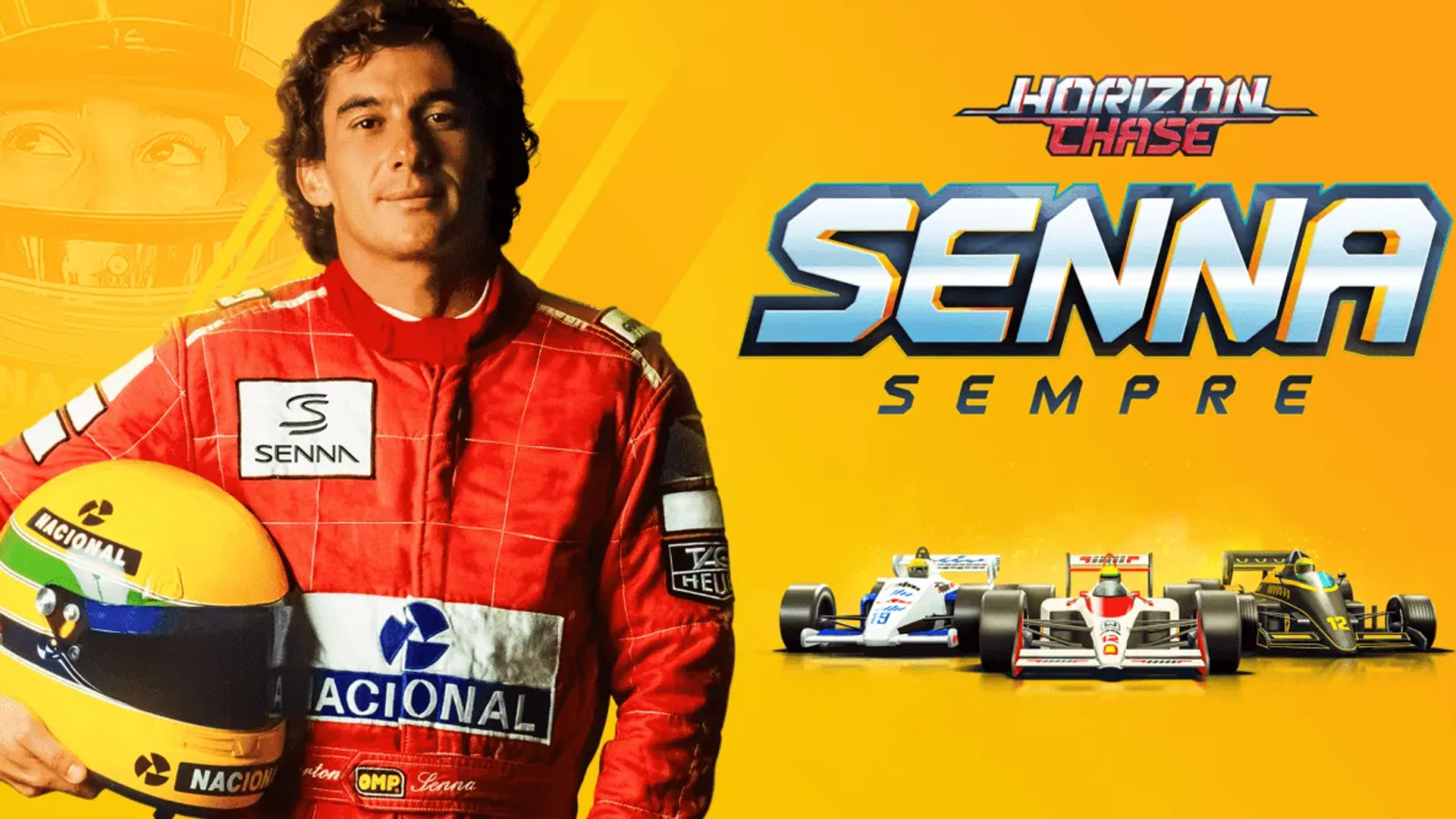 Experience Ayrton Senna’s career in “Senna Semper” with a release on October 20th!