Resident Evil Village finally did. It’s by far one of those games that will surely surprise the player, mainly because of its outcome. Okay, yes, there are some things that still get thrown around like someone thought it was a good idea, but none of that gets in the way.

It took me about 11 hours to close the game and I tell you less time than I thought to close it in normal mode. I published the impressions text in one day and two days later I finished the game.

And anyone who knows me knows how anxious I am, and well, I’ve only had some very occasional anxiety attacks. Overall it was an exciting journey with lots of shots on the ground and doors that was well worth it in the end.

If there’s something here that really deserves applause, it’s RE Village’s gameplay, which makes great use of the lock button and quick menu, allowing Ethan to make quick decisions in the most adverse of situations.

Where we had access to the menu for so long in the classics, here we have a cross-link and the briefcase. Not having to go directly to the menu makes the gameplay very dynamic and fluid, especially in situations with hordes of enemies. Which I think was designed for consumable mode, but I’ll get into that later.

It’s impossible not to appreciate how beautiful Resident Evil Village is. I’ve talked about this before, and I can’t help but mention how beautiful the scenery is that makes you want to play in photo mode and explore the village.

Well, as far as the game’s plot goes, at first it actually seems like a tangle of good ideas thrown at each other. The good thing is that everything is explained in the game leaving only a few loose ends that make us think of a ninth title, in addition to making us start to like Ethan more. 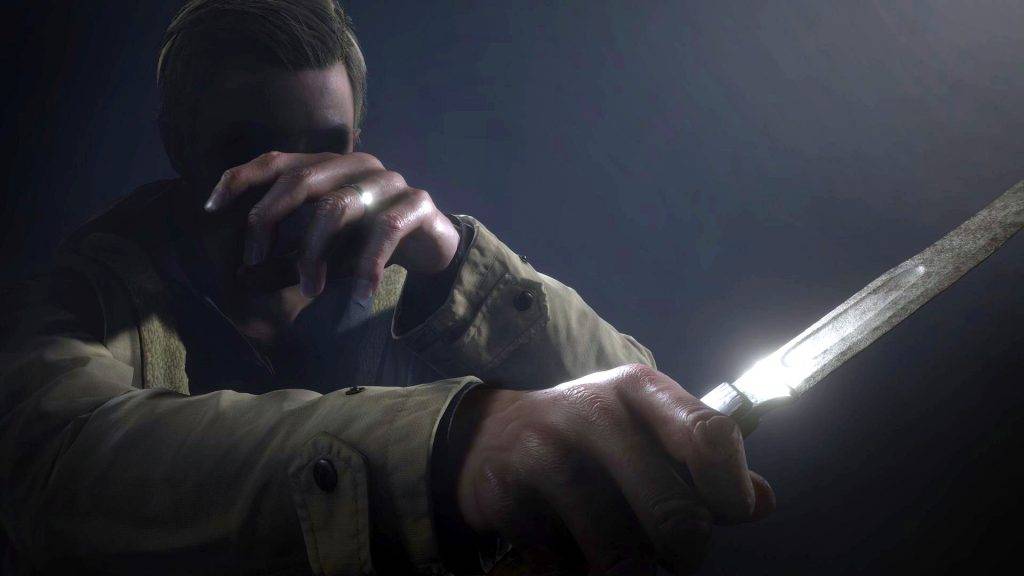 Ethan isn’t the show’s most popular protagonist in my opinion, maybe not by older fans, but it’s amazing how his motivations are some of the nicest yet in this chaotic and dangerous universe.

All of the other protagonists try to escape somehow, but Ethan is the only one who actually does the opposite and lunges at anything and everything just to save the one he loves. He doesn’t give long and motivational speeches or even try to understand his part in this spiral of madness. Ethan is full of heart and emotion, and I think that makes him one of the most humane protagonists in the entire franchise.

The fact that it doesn’t have a face is perhaps not just an excuse for the first-person element. Chris has a face and we’re playing with him here. I think the reason is that the player feels in Ethan’s skin. He’s just an ordinary guy dealing with something he doesn’t understand.

I repeatedly questioned some lines of dialogue and some events, like the initial fire or their reactions to being dismembered. A normal person wouldn’t tape their own hand together and that’s fine, they’d probably pass out or run away. It’s just that Ethan only has one heart and doesn’t have time to look at himself, moreover, he managed to make *SPOILER* after being dead and in contact with the seventh game mold, Beat the contagion and stay in control. *SPOILER END* is something only the Shadowlords and Mother Miranda have achieved.

Well, there are several discussions about parts of the game due to loose ends about the character. And I also know that some people might disagree, and that’s okay, but I’m leaving the record of how I changed my impression of Ethan Winters, one of the best characters in RE. 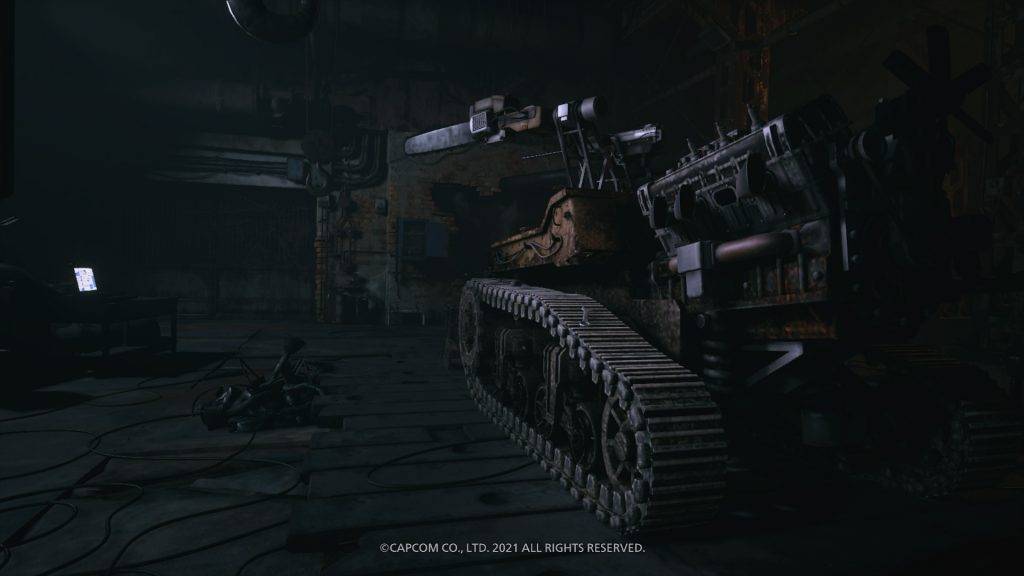 In this clip, all I could remember was the scene where Howard the Duck confronts the alien

Mercenary mode is something that a lot of people like because it’s addictive once you stop playing a little. I’m not a big lover of this game mode, but I had to play around a bit in RE3.

It’s a mode that’s more than welcome for those who have already closed the game and want to extend its lifespan, after all it doesn’t have any DLCs for now. Which I don’t think will be long before it’s announced as the seventh game received some.

What I missed here was controlling other characters, but understanding that it’s a first-person game wouldn’t make much of a difference as long as we could feel that difference in gameplay.

Another interesting element of the game are the challenges that guarantee points that can be used in the bonus shop after completing the game. Each challenge completed in story or mercenary mode grants points that you can use to purchase new weapons that will be available in Duke’s store.

Upon completion, snippets of character motion capture, puppets, artwork, and various items of interest will also be available.

Ah, there are some wooden goats to be found and destroyed throughout the game. 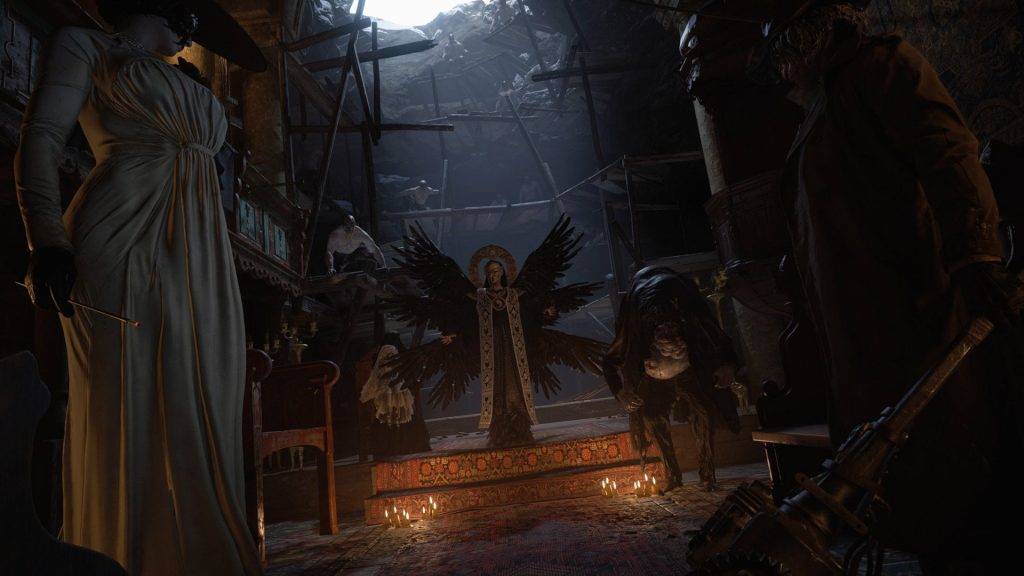 Resident Evil Village is one of the most diverse franchise games I’ve played to date. It does commit a few sins, but that’s understandable as it embraces the fourth game’s more action-oriented gameplay.

On the other hand, he tries to balance this by offering a varied experience by introducing themed villains.

There’s no denying that the scariest part is in the Beneviento mansion, but that’s something that won’t surprise anyone who’s seen Outlast or any other game in the genre, since making the player unarmed is nothing new .

The baby is scary, I know, I know, but it’s not really a risk if you pay attention to how it’s done. In fact, it’s easy to go through this stage even if you’re nervous.

Then we have the stage of Salvatore Moreau where you spend more time in puzzles than in fights that even has a lycan horde at the beginning of the map but facing Moreau in his mutant version is easy without great skill requirements to defeat him .

Then we reached the Karl Heisenberg route, one of the longest after the Dimetrescu Villa. It has enemies that even visually intimidate us at first, but you just need to know their path and area limitation to be easy to deal with. The fight against the mutant Heisenberg isn’t a seven-headed beast either, aka, no boss fights are really challenging.

That’s right, but we have difficulty levels to choose from that make enemies harder and almost bullet sponges. Well, that’s not the kind of challenge that makes our eyes light up. And understand well, I’m not saying that the game is bad because of that. Resident Evil Village wants to tell us a story and he does it well.

Resident Evil Village is a memorable game for reasons you would only understand by playing it. It’s not without criticism, but it hits more than it fails, offering an experience with high replayability and unique moments.

The game’s ending is something that really gives you a mix of sensations, either through the way it unfolds or the way the credits roll out. And if I may give you some advice, don’t watch gameplays or search YouTube for anything related to the game’s story.

Be sure to play from start to finish and have a full experience of the title as happened to me. Don’t try to have a real experience with a game based on what someone else thinks because it will never be the same.

This analysis was performed using a digital copy of the Xbox One provided by Capcom. 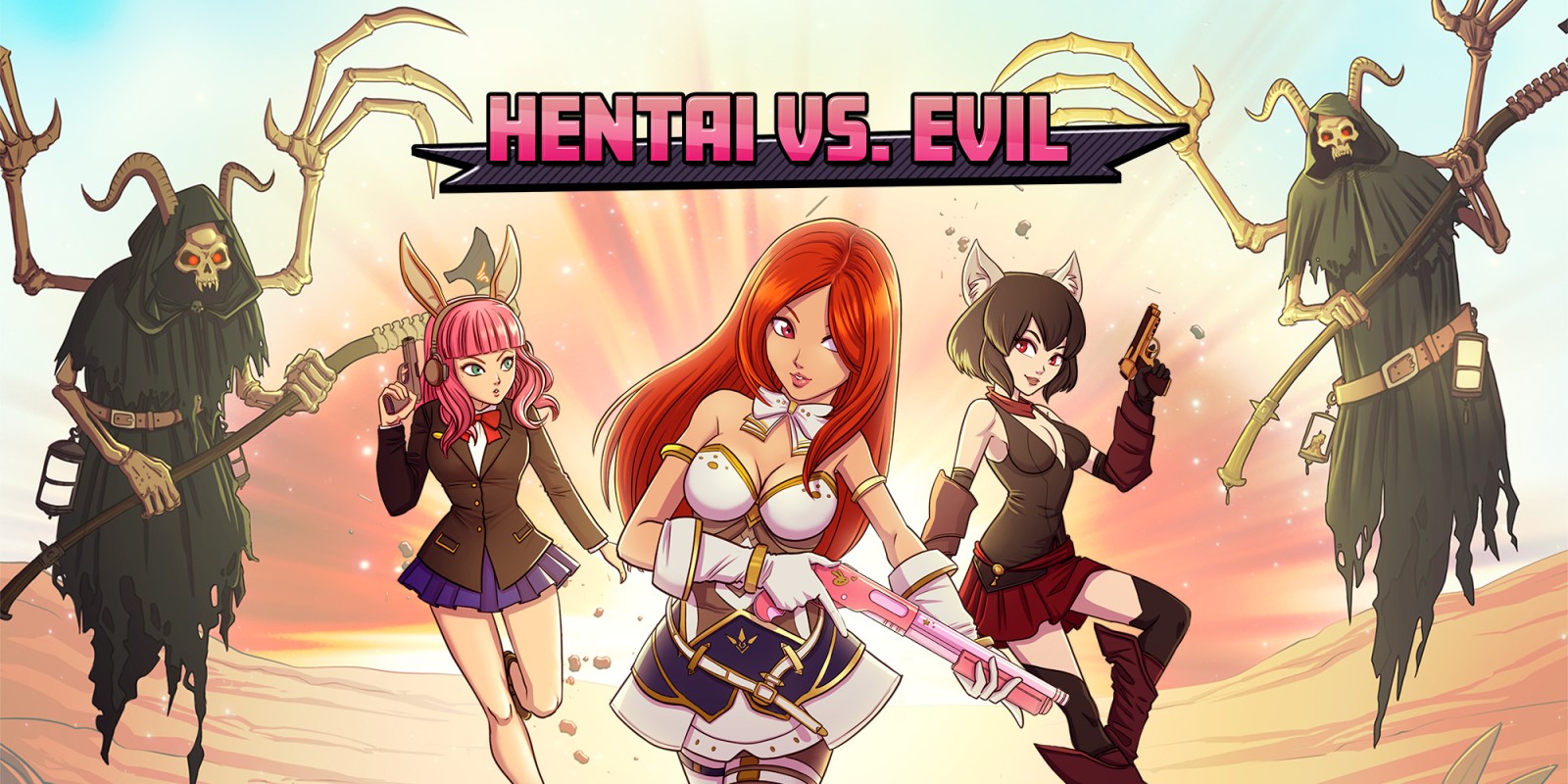