One question I think is legitimate is, what is the ideal way to create game re-releases?

Collections, how was that done with the Ninja Gaiden Master Collection? Individual, like the (overpriced) Arcade Archives line? With additional content, how was the Vasara collection done? Although emulation is possible in many cases, these re-releases are good for being able to play the game without having to know whether your PC can handle the emulator (in the case of the modern Ninja Gaiden trilogy) or have to look for it Game unknown.

In 1992 Mega Drive came with the shooter Gley Lancer (which already has an Engrish in the title because the romanization should be Gray Lancer), developed and published by Masaya, who was responsible for the Cho Aniki series and for the SNES port of the legendary Prince of Persia. However, the game was banned to Japan for over fifteen years until it finally appeared in the West on the Wii’s virtual console. However, with the death of the Wii (and the Wii Shop), the game was lost again to those who officially wanted it.

In 2017 the game received a PC port that was only available in Japan and in 2019 a reprint of the original version of Mega Drive, published by Columbus Circle, was made. Now, in 2021, Ratalaika has re-released the game and released it on all current platforms. Take a look at the analysis with us.

I have to save my father … Oh, and the earth too, I think

The game is set in the distant future of 2025 (which isn’t that futuristic these days) and a war has broken out between humans and an unknown race of aliens. Ken Cabrock, an Earth Federation admiral, had the enemy teleport his ship to another point in the galaxy.

Lucia, her 16-year-old daughter and pilot, when she learns of her father’s disappearance, decides, with the help of her friend, to steal the prototype of one of the combat ships, the CSH-01-XA “Gley Lancer”. Teim, and go after him.

The story itself is pretty simple, but as usual, spaceship games don’t even have that (and if they do, there’s an Engrish, like in Aero Fighters and Zero Wing), not to mention that despite the simple script, it’s narrated with one good touch of drama as the game has two different endings (but only one of them brings success) and the cutscenes between some of the stages show a bit of the game’s personality which creates a little more empathy for a girl who is just saving wants her father.

Get ready to curse, yell, kick, and throw the controller against the wall … or not. 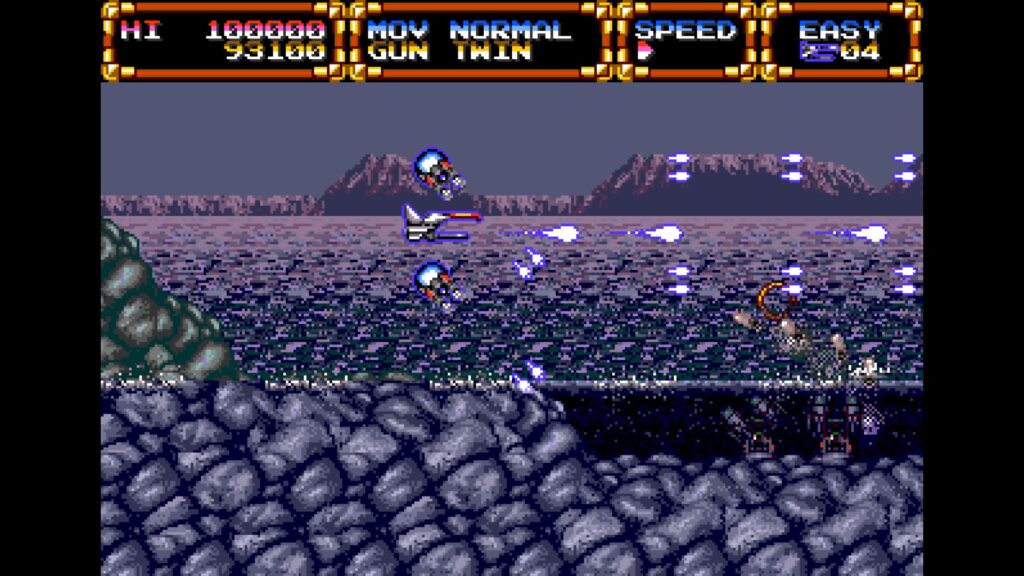 Just like with an onion, you need to look at each layer of Gleylancer separately. If we look at the design of the game phases, we could potentially classify it as just another generic horizontal shoot’em-up, especially when we compare it to games like R-Type 3, Gradius, and Darius II. There are some creative cases, like moments when the stage is vertical and even diagonal, but overall it’s a pretty standard stage design.

And just like other games, it is possible to purchase power-ups that attach to your ship and help in battle … and this is where Gleylancer shines. Power-ups themselves are common, but their controls are fully customizable. They can follow their normal directional movement, the opposite, position themselves in the 3-way position (the famous contra-spread), aim at the nearest enemy or turn in all directions.

If you want to play, don’t be afraid to choose the Easy difficulty level, because the game is thick even at this level. The first phase full of debris in space is even more stressful than later moments. And bosses can be work.

Speaking of bosses, a fun moment in my game: I died like an idiot for the boss until I looked at the controls. And I saw that you can change the ship’s default speed, and that was the key to defeating this boss shape. I don’t need to ask if I was feeling stupid.

The game has three game modes, the original (vintage) which is a 1: 1 replica of the Mega Drive version, but I only recommend playing in the original mode if you have already finished in another mode as the vintage Mode doesn’t. do not give trophies. There is the “Modern” gameplay mode which is very handy.

You can change the power-up system with the push of a button, use the right analog stick to determine where the power-ups are triggered, and use separate power-up and shut-down buttons.

Also, of course, the things that are already common in re-released retro games, such as rewinding and saving. And if you want to kick the tail of the tent, you can use Cheater Mode which gives access to Debug Mode and invincibility. I do not judge anyone who uses the cheater mode because this game is fat in the light. And no, I didn’t play cheaters in the first game. 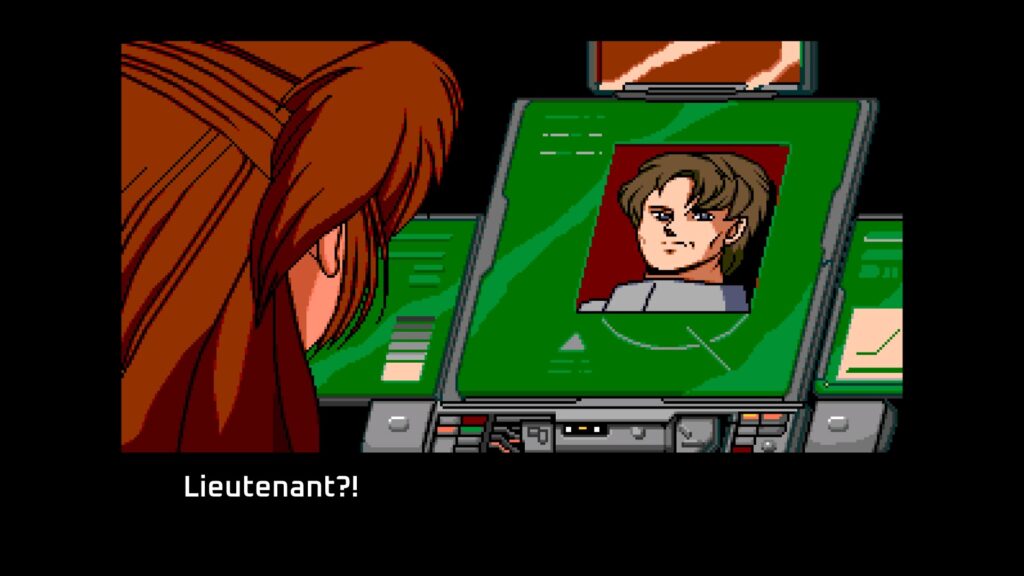 If there’s one thing that sets Gleylancer apart from the shooters of the day, it’s its visual presentation. Of course, it’s not as memorable as Zero Wing’s, but the manga style in the cutscenes is very reminiscent of Phantasy Star IV, and now with this release the game’s subtitles are being translated into English (even the Virtual Console version didn’t have translation ).

The game’s scenarios are beautiful and we thanked God Ratalaika kept the game’s resolution proportional to that of Mega Drive. Enemies, however, are most expected of a rifleman, enemy ships ad infinitum. The bosses are very creative, and I’m highlighting one here that, while not a flashy boss in design, is certainly the most creative of what you need to hit its point or it will start to close the screen.

The game’s soundtrack, composed by Noriyuki Iwadare (from Grandia, Lunar: Eternal Blue and Ace Attorney Investigations), Masanori Hikichi, Yoshiaki Kubotera and Isao Mizoguchi is very impressive, with lively, sweet and dramatic themes depending on the time and place of the game . Game. And of course to get a player’s attention you have to kick the door straight in, one of the best songs in the game is right on the first stage.

The game has a few lines, but because of the Mega Drive’s sound chip, they came out with the console’s characteristic hoarseness, but they’re still charming.

One of the most expensive Mega Drive games … For a good price.

I looked for the game on Ebay. I couldn’t find any copies of the original version, only the Columbus Circus relaunch, which sold for $ 200. On the other hand, if you’re into shooters, I recommend buying the console version of Gleylancer. $ 5 for one of Mega Drive’s best shooters, nothing to think about. Ratalaika’s work on this scale has been very solid.

This review was based on the PS4 version, with a copy of the game I won in a Ratalaika Games competition. 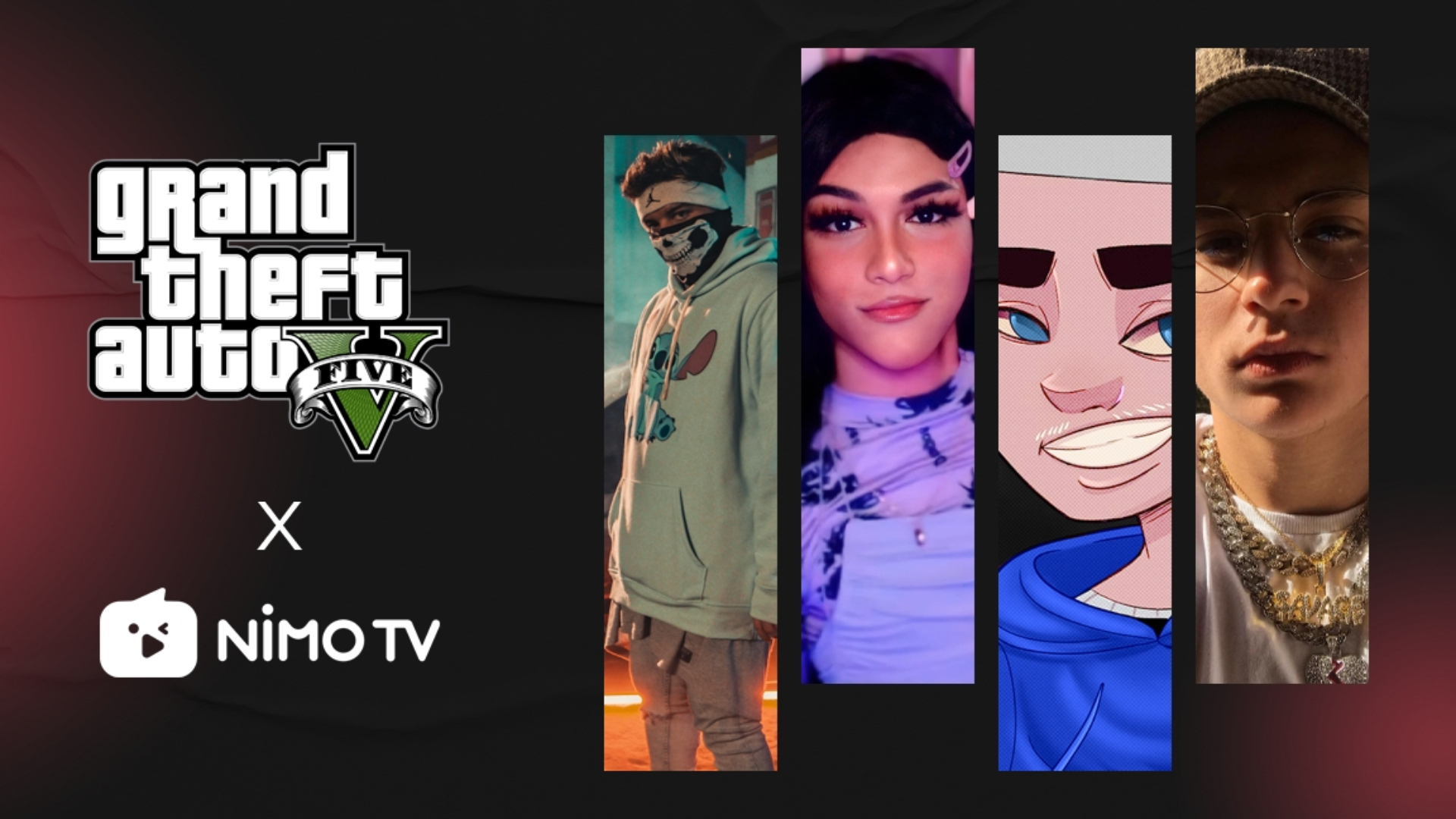 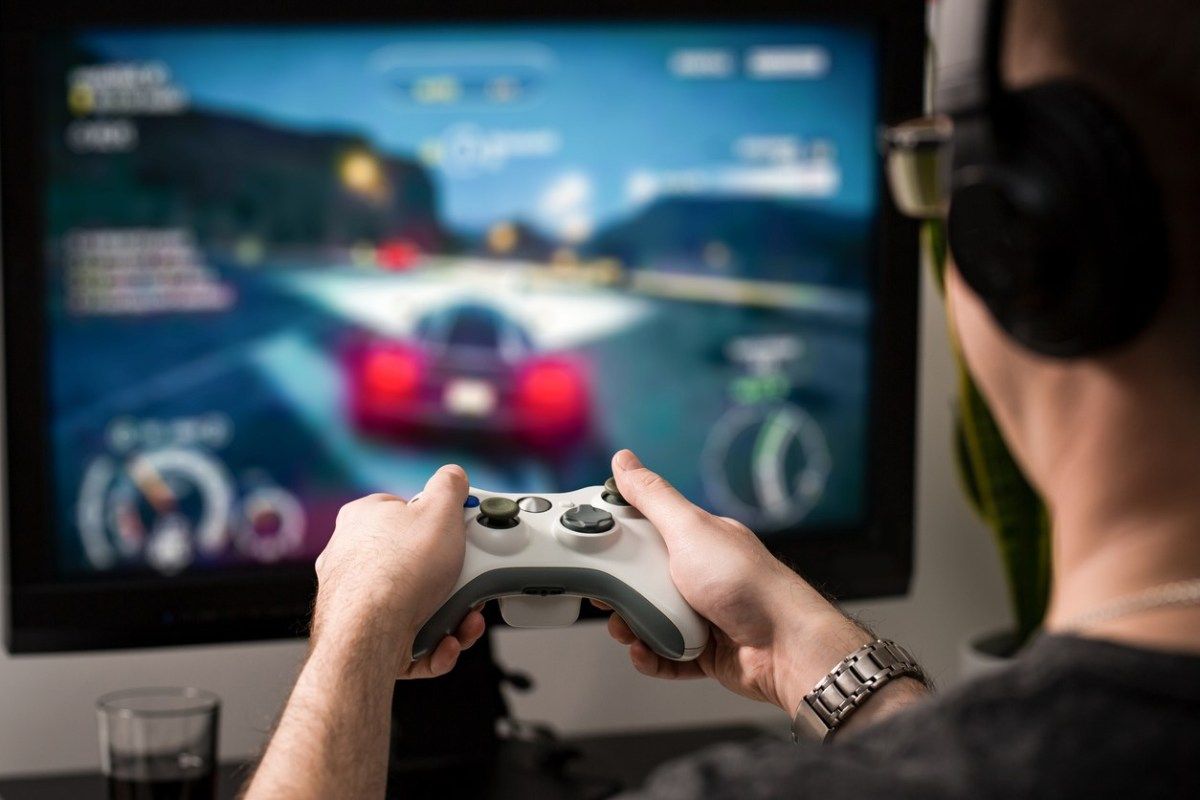